I got to play my first game of Muskets and Tomahawks with a good mate Peter this afternoon.

The attacks are resolved with dice but the order in which units are activated is randomly determined using a Card Deck. Units are activated by type. It is a great game that you could pick up easily after a few minutes and get the majority of the core rules down within a game or two.

Tomahawks and Muskets is set during the period of the French Indian Wars (think Canada, last of the Mohicans and The Patriot). We had around 23 figures per side for a 200 point game.

I played American Continentals whose goal was to scout each quarter of the table and then escape back to my table edge and off the board.

Peter played the French Indian (Canadian) force whose job was to protect the civilians in the small settlement.

Here are a few quick pictures from our game: 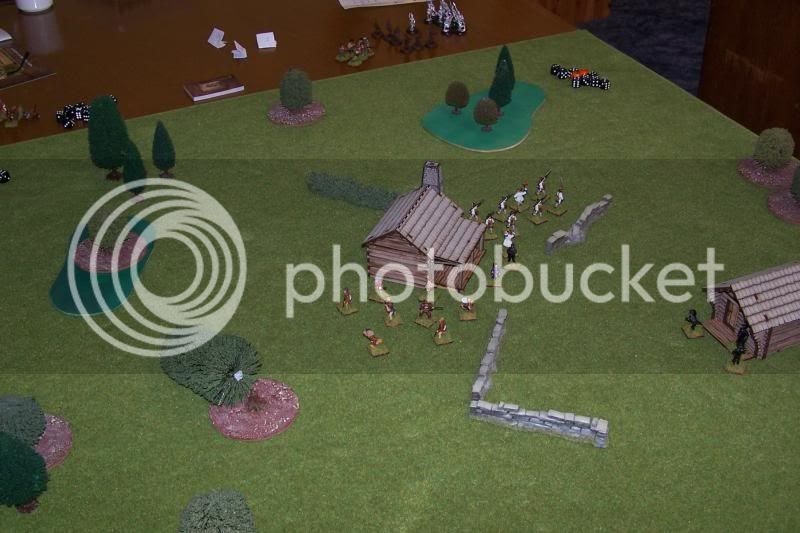 Ten civilians in the buildings and French infantry defending the village. The civilians are not there to fight but are armed and did cause me a bit of grief killing a few models. 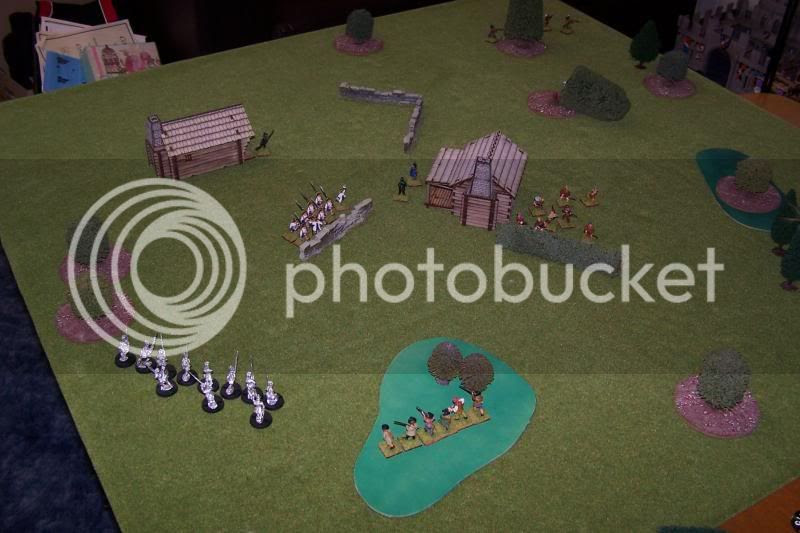 My Indians completely whiffed the assault and lost half their number in assault leaving 3 remaining which died shortly afterwards. 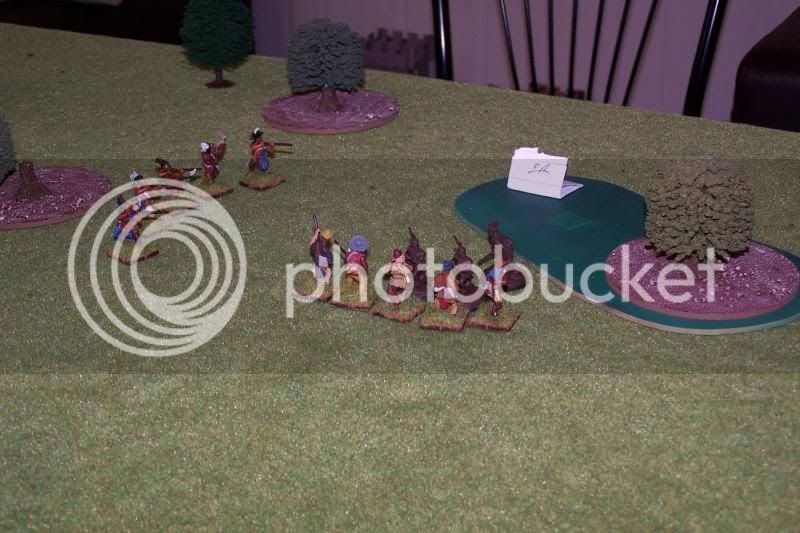 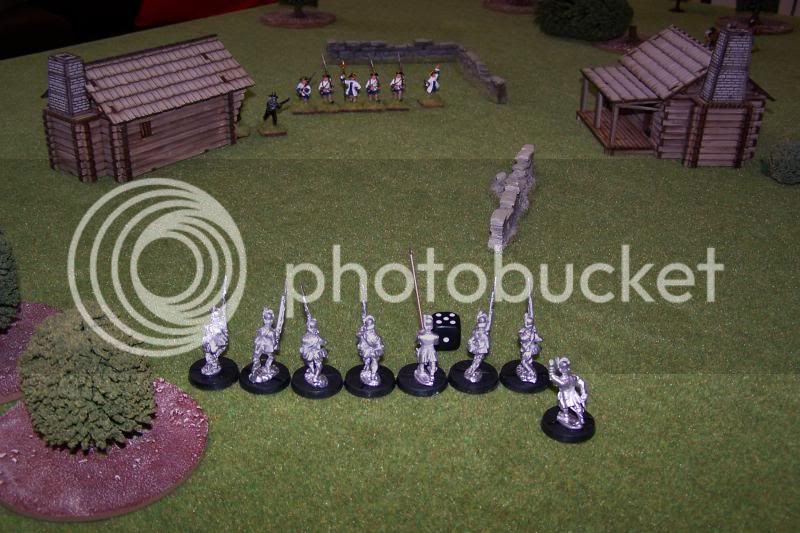 No more photos unfortunately. Peter won but the game was very, very close. Never underestimate a civilian with a musket

It was a great game and I enjoyed it very much.  Peter has now supplied me with a starting force of American Continentals to paint up.

Allan
Posted by Allan and Carmen at 6:05 PM 1 comment: